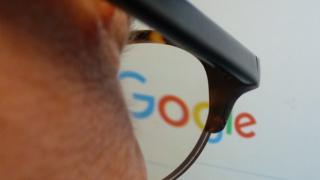 A man who briefly bought and owned the Google.com web domain has been rewarded by the search giant.

An administration oversight allowed US student Sanmay Ved to buy the right to control the domain on 29 September.

The oversight left him in charge of Google.com for about a minute until Google caught on and cancelled the transaction.

Now Mr Ved has been given a cash reward for spotting the error, which he has decided to donate to charity.

Mr Ved detailed his experience in a post on the LinkedIn site saying that he had been keeping an eye on Google-related web domains for some time because he used to work at the search giant. Mr Ved is currently an MBA student at a US college.

In the early hours of 29 September he noticed a for sale sign next to the Google.com name while browsing sites on Google's own website-buying service.

He used a credit card to pay the $12 (£8) fee to grab google.com and got emails confirming he was the owner. Almost immediately he started getting messages intended for Google's own web administration team.

This was followed by a cancellation message sent by the website buying service which said he could not take over Google.com because someone else had already registered it and his $12 payment was refunded.

Now it has emerged that Mr Ved has been given a "bug bounty" by Google's security team for revealing the weakness in the domain buying system. The internal emails Mr Ved received while in charge of google.com have been passed to this team.

Mr Ved decided to give the cash to an Indian educational foundation and in response, Google doubled the reward.