Small gaming firms are being given thousands of pounds to help them make global blockbusters.

It's hoped the £4m government investment will also create new jobs within the industry.

The money's aimed at helping starter firms turn ideas into reality and was originally announced in July's budget.

Over the next four years the Video Games Prototype Fund will provide grants of up to £25,000 to different projects.

The grants will be decided at offices in Dundee and London over the next four years from 2015 to 2019.

Five tips on getting a job in gaming.

Features will include grants of up to £25,000 to help new and young games development businesses create working prototype games and up to £50,000 for a limited number of projects to take their ideas beyond the prototype phase.

The UK video games industry already generates more than £4.5m a day for the UK economy and directly employs more than 19,000 people.

Ed Vaizey, the minister for culture and the digital economy, says: "Britain's video games punch well above their weight internationally and we need to build on this and invest in the strength of our creativity.

"This fund will give small businesses, start-ups and individuals the support they need to better attract private investment and go on to create the blockbusters of tomorrow." 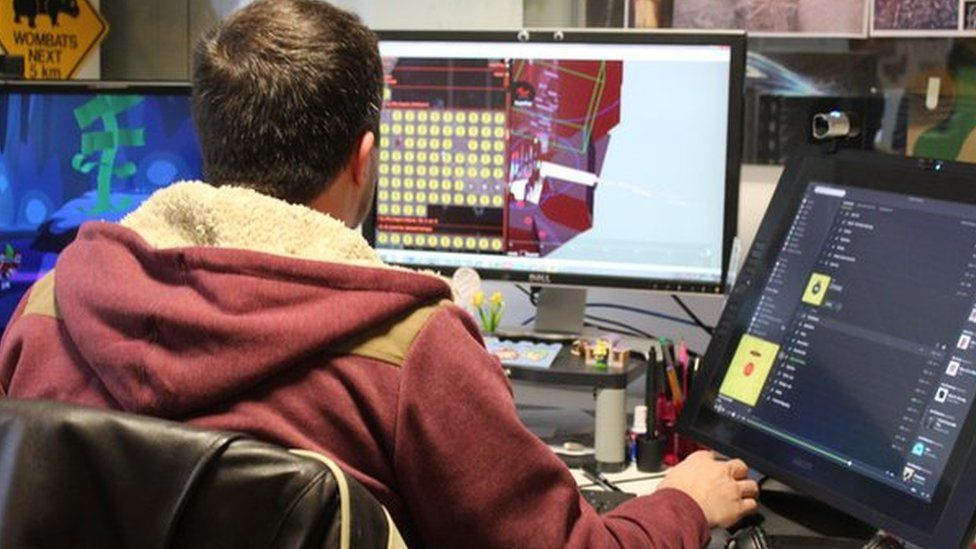 This is the latest pledge the government is making to increase the value of the gaming industry in the UK.

That means games makers can claim discounts of up to 25% of a game's production costs.

The project takes over from the Abertay Fund, which supported small businesses to access finance when it ran between 2010 to 2014.

It helped companies in Scotland such as Stormcloud Games and Blazing Griffin.

Peter van der Watt, founder of Blazing Griffin, said: "The Prototype Fund came at exactly the right time for us in terms of building the team and portfolio.

"This support and the confidence the grant provided was instrumental in us securing significant additional working capital for the company."