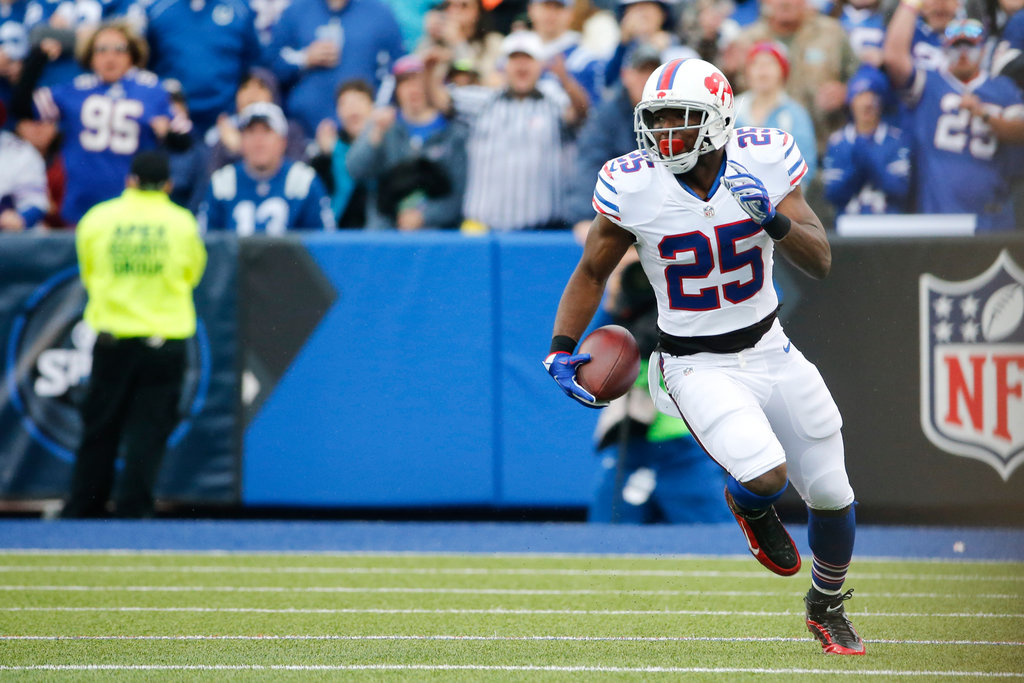 While working through a hamstring injury, the Bills' LeSean McCoy averaged 5.9 yards a carry against the Patriots in Week 2.Credit Bill Wippert/Associated Press

Building a winning team in the N.F.L. can seem like a Sisyphean task, and last week the Bills and the Dolphins had the boulder they were pushing up the proverbial hill roll over them on its way back down. Both were thought capable of having breakout seasons, and in Week 1 they delivered with victories led by huge defensive efforts. In Week 2, it was hard to know which team was more embarrassed: the Bills, who gave up 40 points to Tom Brady and the New England Patriots, or the Dolphins, who lost to the hapless Jacksonville Jaguars.

This game will serve as a momentum swing. One team is likely to come away with a 2-1 record and a belief that last week was a fluke. The other will be 1-2 with the optimism of the off-season fading. Should they tie, the A.F.C. East standings will be a tad more confusing to comprehend for the duration of the season.

Health could be a factor in the outcome. The starting running back for each team is listed as questionable, but should the Bills’ LeSean McCoy be active and anywhere near 100 percent, the Dolphins will be in trouble. While working through a hamstring injury, McCoy averaged 5.9 yards a carry against the Patriots and is capable of shredding a Dolphins defense that is struggling mightily against the run even after adding Ndamukong Suh to the team’s talented front seven.

The Bills’ defense will be looking to bounce back, and it is a safe bet that Coach Rex Ryan will have his team motivated and ready after Tom Brady embarrassed them with 466 passing yards.

“The plan has to be better on defense,” Ryan told reporters. “You can’t give up 500 yards and beat anyone.”

Miami’s Ryan Tannehill is a quality young quarterback, but he is not Brady, and a Bills team looking to prove itself is in good position to do just that.

The only matchup of unbeaten teams is not much of a marquee event now that Brandon Weeden is the starting quarterback for the Cowboys in the absence of the injured Tony Romo.

Jerry Jones, the Cowboys’ owner, has seen his effusive praise of Weeden mocked.

“He’s a thing of beauty on throwing a football,” Jones said in a radio interview. “His passing motion and his arm, frankly, you won’t see a more gifted passer, power, accuracy, the entire aspect of it.”

While it is true that Weeden was 7 for 7 for 73 yards and a touchdown in Week 2 in relief of Romo, he has started just eight games since his disappointing rookie season, and his team lost all eight.

The Cowboys will also be playing without Dez Bryant, who is recovering from foot surgery, though there was good news on the Jason Witten front. Witten, who has been dealing with sprained ankles and a sprained knee, practiced Wednesday and said that he expected to play. As beautiful as Weeden’s passes may look to Jones, they still require someone to catch them.

After a pair of comeback wins, the Falcons are healthier than the Cowboys. Quarterback Matt Ryan, who has always been a force at home, will get a chance to even his career record on the road, which stands at 28-29.

The Jaguars have been an embarrassment for some time, and the Patriots are playing like a team with something to prove, so it makes sense that Las Vegas put a massive 14.5-point spread on the game. But that is not the largest spread of the week: The Seahawks, despite being 0-2, are favored at home by 16 points over the Bears.

One could assume the spread was based on the news that Kam Chancellor ended his holdout for Seattle, but a simpler explanation could be Las Vegas took one look at quarterback Jimmy Clausen and assumed the Bears are toast.

Clausen came on in relief of the injured Jay Cutler last week and managed to make the team’s offense, which looked inept, seem downright terrible. The Bears have not been forthcoming in terms of Cutler’s status, leaving the talented but underperforming Seahawks to have game plans in place for either Chicago’s mediocre quarterback or their bad one.

Presumably the Patriots came up with a game plan to beat the Jaguars, but it may have consisted mostly of reminding each other what time the game starts.

The plan to transition Peyton Manning into a game manager at the helm of a run-based approach is not going well despite the Broncos’ 2-0 record.

Coach Gary Kubiak is known for his love of grinding games out, but C.J. Anderson and Ronnie Hillman have been stuffed for negative yardage on 17 of their 45 carries, leading to the team’s averaging just 65 yards a game on the ground. Manning, despite not having much zip left on his throws, has taken over by calling most of the plays out of the shotgun. It has worked so far, even though the offensive line has given him little protection.

This week things could fall more in line with what Kubiak expects, as the Lions’ run defense is still trying to fill a Ndamukong Suh-size hole in their front seven. Getting Anderson rolling would take a great deal of pressure off Manning, which would go a long way toward making everyone stop talking about how he probably should have retired.

The Cardinals quietly built a quality team over the last several seasons only to be overshadowed by the Seahawks and the 49ers. With San Francisco’s vaunted defense having unraveled so thoroughly through retirements and off-field incidents that Eric Reid, a 23-year-old safety, took to Twitter to insist he was not considering retirement, one can almost picture quarterback Carson Palmer holding up the husk of the once-proud San Francisco franchise as the Mortal Kombat video game announcer commands, “Finish him!” 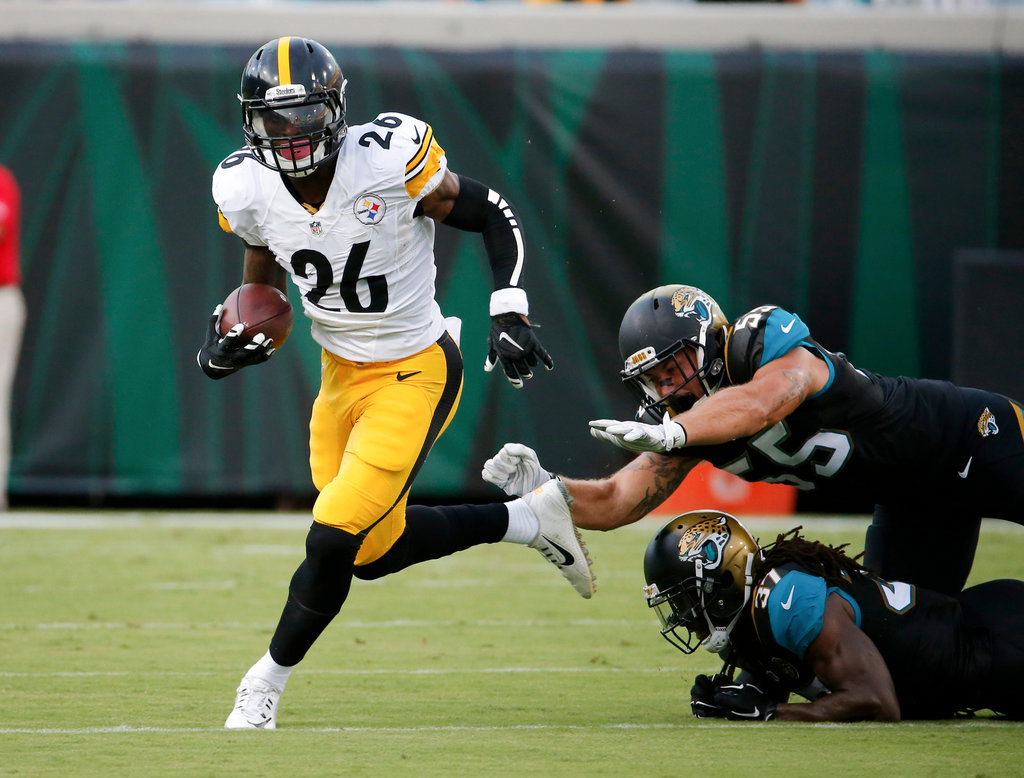 Le’Veon Bell (25) returns from a two-game suspension for the Steelers this week.Credit Stephen B. Morton/Associated Press

DeAngelo Williams tied the Pittsburgh franchise record for rushing touchdowns in a game when he scored three against San Francisco last week. His reward will be a comfortable seat on the Steelers’ bench as the dynamic Le’Veon Bell returns from a two-game suspension and will be right back at the heart of the team’s offense.

“I’m going to play Le’Veon Bell,” Coach Mike Tomlin told reporters during the week when asked about how the workload will be split between Bell and Williams. “We’ll figure that out as we go. If 26 is available to us, we’re going to use him.”

The Rams have struggled against the run, making the one-two punch of Bell and Williams terrifying, especially since Ben Roethlisberger can stretch the field with his passing if St. Louis tries to cheat up front.

Cam Newton is only 26, but the only quarterback who has had more games with both a passing and a rushing touchdown is Steve Young. Last week, Newton had his 25th such game, passing the Hall of Famer Fran Tarkenton. The rushing touchdown came on an incredible front flip into the end zone. Unlike the early part of his career, which came with plenty of highlights and quite a few losses, Newton has started to win. A Saints team limping along badly can expect to find itself three games behind the two-time defending champions of the N.F.C. South.

Rex Ryan was known more for his enthusiasm than his game-planning in his coaching tenure with the Jets. His replacement, Todd Bowles, approaches things somewhat differently. To him, a 2-0 start to the season means nothing more than the team will win at least two games.

“They know how long of a season it is and this just tells us we can be 2-14 right now,” Bowles told reporters.

Despite his lack of ebullience, Bowles made a strong statement about his happiness with the team’s start when he declared that Ryan Fitzpatrick would be his starting quarterback even when Geno Smith returns from injury.

The revamped Eagles have not played well, but the silver lining is that DeMarco Murray’s injured hamstring should not be much of an issue even if he sits out. The team would be more than capable of finding a replacement capable of matching his 0.52 yards a carry.

The Bengals’ offense has turned into an embarrassment of riches. The team has a bit of a running back controversy with Giovani Bernard taking much of Jeremy Hill’s playing time in Week 2, but any mixture of the two backs is very likely to be productive, especially with Andy Dalton having a new toy in Tyler Eifert. Eifert, a third-year tight end out of Notre Dame, has put up Rob Gronkowski-like numbers of 13 catches for 153 yards and three touchdowns through two games. That crew will be looking to give the Ravens their first ever 0-3 start.

The Buccaneers are starting a rookie quarterback, Jameis Winston, against a defense that has J.J. Watt, Jadeveon Clowney, Vince Wilfork and Brian Cushing. Even if the Texans have underperformed, a game at home against an inexperienced quarterback should be just what they need to get the bounce back in their step.

His failings as a head coach have been well documented, but Norv Turner is an accomplished offensive coordinator who is especially dangerous when he has a top running back. Last week, it looked as if Adrian Peterson still has plenty of tread left on his tires and could enjoy a renaissance provided he can keep himself on the field and follow Turner’s game plan.

It is easy to see both sides of the Johnny Manziel debate. His champions point to last week’s win and the long connections he has made with Travis Benjamin. They cannot figure out why the team would send him back to the bench. His detractors counter that his early touchdowns to Benjamin in both weeks were followed by a lot of incomplete passes. Luckily for Cleveland fans, the Raiders are in town. Oakland has lost 19 of 20 on the road, and even a win last week could not provide much encouragement for a team that offers almost no defensive resistance.

The good news about the Colts’ 0-2 start is that aberrations contributed mightily to Monday night’s loss to the Jets. Frank Gore, one of the most reliable running backs in N.F.L. history, lost a fumble at the goal line. Adam Vinatieri, one of the most dependable kickers in memory, missed a 29-yard field-goal attempt. The odds of those things happening again are slim. The bad news is the team is on the road against the upstart Titans, who seem to have improved immeasurably over last year’s awful showing.