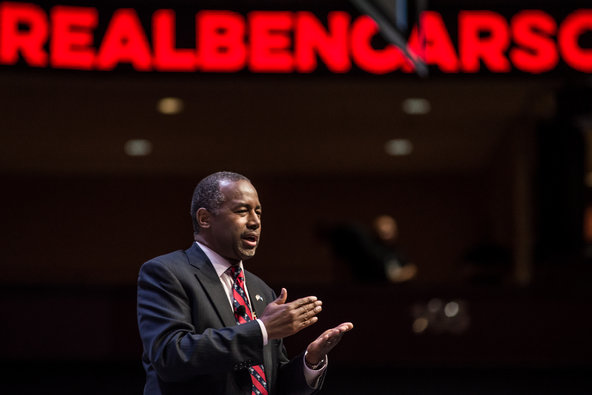 Ben Carson is riding a wave of frustration with politics as usual. But on Sunday he employed a time-honored tactic of those elected officials: dodging direct answers to specific questions.

Appearing on ABC’s “This Week,” Mr. Carson, a retired neurosurgeon whose popularity is surging in the Republican field, was asked if he stands by his controversial opinion that a Muslim should not be president of the United States.

“Well, first of all, you know, what I said is on a transcript and it’s there for anybody,” he replied, avoiding the question of whether he stood by the remark.

The host of the show, Martha Raddatz, interrupted: “I’m reading the transcript, Dr. Carson, that’s exactly what you said.”

In his original remark, made last Sunday on “Meet the Press” when he was asked about the relevance of a president’s faith, Mr. Carson said: “I would not advocate that we put a Muslim in charge of this nation. I absolutely would not agree with that.”

Mr. Carson preferred to pose his own question, which he then answered. “Well, let’s — what we should be talking about,” he said, “is Islam and the tenets of Islam and where do they come from?”

Mr. Carson expanded on his interest in Islam. “What I would like for somebody to show me is an improved Islamic text that opposes Sharia. Let me see — if you can show me that, I will begin to alter my thinking on this.

Ms. Raddatz moved on to a different topic.