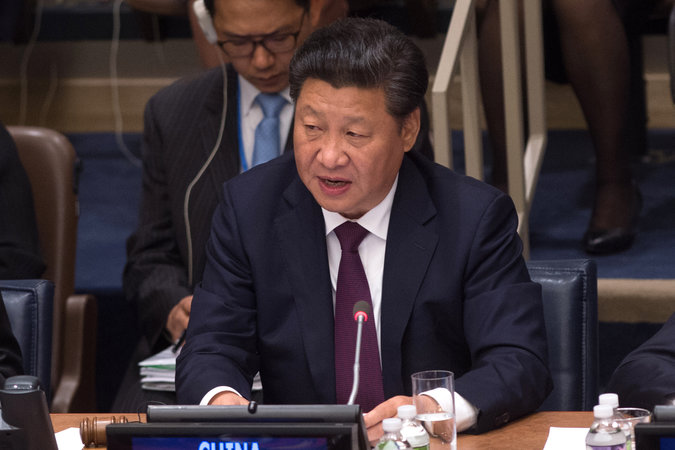 The remarks came at a conference of global leaders on the 20th anniversary of a landmark United Nations summit meeting in Beijing, where world leaders had promised to change their laws and practices to advance gender equality.

China, as the host of that 1995 conference, jointly hosted Sunday’s meeting, which enabled Mr. Xi, analysts said, to highlight his country’s ascendancy on the world stage. Yet the gathering has also exposed tensions between China and the United States on human rights issues, with the American ambassador, Samantha Power, showcasing a campaign to draw attention to political prisoners, including those in China, in the run-up to the event.

The organizer of the conference, U.N. Women, said the event was aimed at extracting specific commitments from presidents and prime ministers, and all made promises of various sorts.

But President Simonetta Sommaruga of Switzerland noted that 20 years after the promises that were made in Beijing, “women face reprisals” in some countries for daring to demand their rights.

President Uhuru Kenyatta of Kenya said his country would do more to fulfill its national policy to prevent domestic violence. Nawaz Sharif, the prime minister of Pakistan, admitted that combating violence against women “requires an attitudinal shift.”

His country’s most famous young woman, Malala Yousafzai, was also in New York, and on Saturday night she chided world leaders for squandering their resources on arms, instead of using them for schools.

“It’s not that there’s lack of money in the world,” Ms. Yousafzai, an activist for girls’ education who was shot in 2012 after she defied the Taliban, said to great applause at a Central Park concert. “We have billions and trillions of dollars. Where the money goes is to military things that are not useful to society.”

President Obama did not attend the conference, though Ms. Power sat at the American table during Mr. Xi’s remarks. Later, the White House released a statement detailing the Obama administration’s commitment to gender equality, including laws that ensure new protections for survivors of violence against women and expanding access to women’s health care, including reproductive services.

“In too many places,” the statement said, “from China to Egypt, from Russia to Venezuela — women have been swept up in repressive crackdowns on civil society, and deprived of their universal rights and fundamental freedoms.”

President Obama made his sharpest remarks about women’s equality in the General Assembly hall later in the day. Speaking at a session devoted to a new set of development goals, he said that broadening opportunities for women and girls was central to a country’s development, and in comments that could irk some of his most vital allies, including Saudi Arabia, he took aim at cultural justifications offered for contentious issues like child marriage.

“I do not have patience for the excuse that well, we have our own way of doing things,” he said.

Earlier in the day, at the women’s meeting, Mr. Xi also continued his efforts to court countries of the developing world, pledging to build 100 schools for girls and 100 health clinics, and offering to bring 30,000 women from developing countries to China to receive training in various skills.

Chancellor Angela Merkel of Germany also pledged to offer professional training to women from other countries.

Separately, a report on Sunday from a network of American women’s rights groups called on the Obama administration to advance gender equality in its domestic policies, as well as in its foreign policy priorities. Among other things, the report recommended that the administration “take additional steps to prevent sexual violence in the military,” push Congress to ratify the Convention on the Elimination of all forms of Discrimination Against Women, and push for legislation to allow female immigrants to legalize their status in this country. The report also called for the United States to demand access to reproductive health services as part of its foreign policy.

The report welcomed the administration’s announcement last week that it would use the term “sexual rights,” in an important symbolic nod to the rights of lesbian, gay and transgender people.