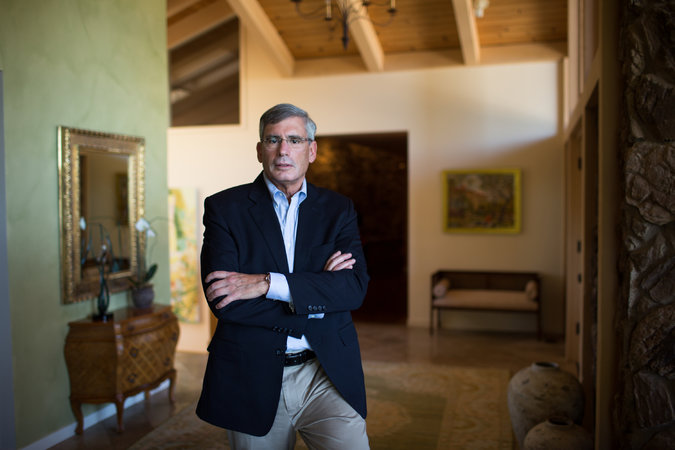 MENLO PARK, Calif. — In the 1990s, Gary Reback was known as Silicon Valley’s dragon slayer, a lawyer who persuaded the Justice Department to sue Microsoft, accusing it of abusing its dominant position in desktop computers. Newspapers and magazines called him an “instigator” who was “Bill Gates’s worst nightmare.”

Mr. Reback still makes his living fighting the technology industry’s most powerful companies, but today he is up against Google, not Microsoft. And instead of flying to Washington, he goes to Europe — a shift that, at least in his view, reflects how cozy Google has become with United States politicians.

“There isn’t anybody in Silicon Valley who thinks that this administration is ever going to do anything that really hurts Google,” said Mr. Reback, a lawyer at Carr & Ferrell in Menlo Park.

That view could be tested, as the Federal Trade Commission recently opened an inquiry into whether Google uses its Android operating software to bolster the dominance of products like its search engine. The investigation is still early but will be closely scrutinized by rivals who were incensed that an earlier F.T.C. investigation did not result in charges against the company.

In the meantime, Brussels has become the venue of choice for United States antitrust lawyers and technology companies, which find European authorities more receptive to their complaints that Google is using the power of its search business to snuff out competitors.

In April, the European Commissionfiled charges that Google favors its own specialty, or “vertical,” sites over rival sites like NexTag, a comparison shopping service, one of Mr. Reback’s clients. Google responded in August and lawyers expect the commission to issue a judgment as soon as late this year.

Whatever happens, Google can expect to hear a lot more from Mr. Reback. The European Commission has accelerated a separate investigation of Android — Mr. Reback has a client in that case as well — along with other aspects of Google’s business.

“It’s not going to go away quickly,” Mr. Reback said. “I think the bigger question is: Are antitrust lawyers from Silicon Valley ever going to go to Washington again?”

Mr. Reback’s long-running fight with Google has several curious twists. The firm Mr. Reback was with when he fought Microsoft, Wilson Sonsini Goodrich & Rosati, now works for Google. Microsoft is now cheering, and at times aiding, his effort. Years ago, Eric E. Schmidt, Google’s executive chairman, played an important role in explaining Mr. Reback’s case against Microsoft to the government.

Today, Mr. Reback is less of a trailblazer than he was in the Microsoft case in the United States. Indeed, he is one among the dozens of lawyers pursuing cases against Google in Europe.

The reason behind the venue change depends on where you stand. People in Google’s corner believe European technology companies, having been outflanked by United States competitors, want Europe’s policy makers to give them a leg up. Mr. Reback’s assessment is that United States regulators are afraid to confront large technology companies like Google that have become politically powerful and big Washington donors.

Lawyers who know Mr. Reback say he can be prone to over-the-top pronunciations, which seem to suggest that nothing short of the future of the technology industry rests on Europe’s producing a tough judgment on Google. Asked about this, Mr. Reback is unapologetic.

Mr. Reback, is 66 and has gray hair and wears glasses. If you met him at a party and he told you that he was a lawyer, this would not seem surprising.

He grew up in Tennessee and went to Yale before heading to Silicon Valley by way of Stanford Law School. After a brief stint on the East Coast, he returned to Northern California and became enamored with start-up cultures. He represented Apple in 1981, when it was still a young company, and recalled that his first meeting with its co-founder, Steve Jobs, happened to fall on Halloween.

“I go down to Apple and I’m wearing a suit — I’m sure they thought I was wearing a costume — and then the Grim Reaper escorts me to the conference room,” he said.

Mr. Reback helped develop the practice of representing what antitrust lawyers call “third-party complainants.” Put simply, companies pay him to complain to the government about their larger competitors in hopes that it will provoke the antitrust authorities to do things like scuttle merger proposals or sue for abusive behavior.

“If there were intellectual property rights for creating this niche, everyone would be paying Gary royalties,” said William E. Kovacic, a law professor at George Washington University.

If this sounds like a suspicious job description then it will be easy to understand why it is hard. The main hurdle is that when a lawyer like Mr. Reback comes complaining, regulators are inclined to believe the clients are whiners who cannot compete. Convincing them otherwise requires detailed economic analyses, which is where Mr. Reback’s claim to legal fame comes from.

In the 1990s, he and a colleague, Susan Creighton — a Wilson Sonsini partner who now represents Google — wrote a white paper that advanced a novel economic theory on “network effects.” The paper was one of a number of complaints about Microsoft, but it has gone down in legal lore for pushing the Justice Department to start investigating the software giant for antitrust violations.

The central idea in the paper was that technology, more than any other industry, tends to favor the largest competitor because the “network” is itself a competitive advantage. That is, users have to use the same thing everyone else is using. What this means, Mr. Reback said, is that in tech, antitrust law must be enforced more swiftly.

A more recent project, produced in 2013, was a 62-page analysis of Google’s behavior in Europe. It argues that the company is deliberately trying to push comparison-shopping sites lower in its search results, not so much because it wants to take business from them, but because it doesn’t want comparison-shopping prices to show up near product ads. If that happened, consumers might be reluctant to click on those ads, he argued, and clicks are how Google is paid.

Google’s overall counterargument in Europe is that the facts do not show harm to its competitors. Shopping services are growing and many consumers, especially those on mobile phones, go straight to their merchants of choice instead of searching with Google. “These kinds of developments reflect a dynamic and competitive industry,” Kent Walker, Google’s general counsel, wrote in a blog post.

There is a common wisdom in Silicon Valley that the industry’s health relies on upstarts unseating their larger competitors. Mr. Reback shares it, and that is what he is trying to protect.

“He believes the whole community of Silicon Valley is based on the success of the Davids of the world,” said Randy Komisar, a partner at the venture capital firm Kleiner Perkins Caufield & Byers.

The debate is over how it happens. One view is that companies are unseated because they fail to see the future. Another, the one Mr. Reback shares, is that technology can stay fresh only with strong antitrust enforcement that curbs the kind of behavior he argued against in the Microsoft case — a case that, in his view, gave a new generation of companies like Google the breathing room they needed to compete.

“If you believe in the start-up culture,” he said, “there has to be a pathway to market for these things.”