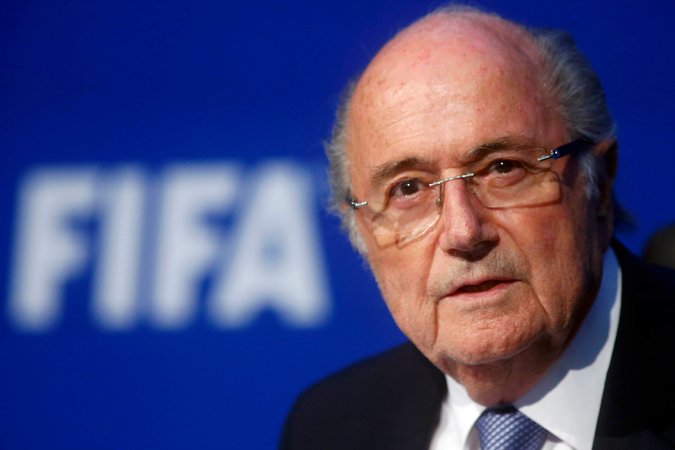 The inquiry of Sepp Blatter by Switzerland’s attorney general is based on “suspicion of criminal mismanagement and suspicion of misappropriation” of funds.Credit Arnd Wiegmann/Reuters

When Sepp Blatter was re-elected president of FIFA this spring, he trotted out one of his favorite metaphors. In his 17th year in charge of the organization, and brushing aside a raging corruption scandal, Mr. Blatter boasted that he would navigate FIFA’s rocky waters and guide world soccer’s governing body safely to the shore.

But here is the latest snapshot of the bang-up job this captain has been doing: On Friday, he was huddled deep inside his ship’s hull, meeting in the bilge with top FIFA crew members, as his ship continued to take on water. When Captain Blatter returned to the upper deck later that day, he was greeted by investigators representing Switzerland’s attorney general. They had come aboard with the news that Mr. Blatter was the target of a criminal investigation.

Their inquiry was based on “suspicion of criminal mismanagement and suspicion of misappropriation” of funds — a potential charge that should have surprised exactly no one.

To steal a quotation from the former Knicks guard Micheal Ray Richardson, the ship be sinking. The only question now is what to do about it. 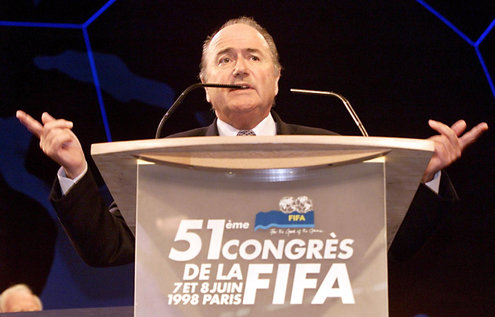 The first thing that should happen is that FIFA’s ethics committee should do its job, although that job must be unimaginable to those committee members because the word “FIFA” coupled with the word “ethics” is seen by most as an oxymoron.

Even so, the committee should suspend Mr. Blatter, just as it suspended his top deputy, Jérôme Valcke, when he was accused this month of involvement in a black-market ticketing scheme, and just as it suspended 11 other people after their arrests kicked off the latest scandal in May.

Who should replace Mr. Blatter? Certainly none of the obvious choices. Never before in the history of maritime navigation has a ship been safer without a single crew member at the helm.

Michel Platini, the head of European soccer’s governing body, is a top candidate to replace Mr. Blatter in a special election next year. But he cannot plug the ship’s holes now, not after he was implicated in the latest accusations against Blatter.

As part of their investigation, Swiss officials said, they are examining a $2 million payment from Mr. Blatter to Mr. Platini, which they and Mr. Platini said had been for work performed from January 1999 to June 2002 but inexplicably was not paid until February 2011.

In a statement, Mr. Platini said he was pleased to clarify the matter with Swiss authorities when they had asked. It must have been quite the story, but if it was true, one has to wonder how he is qualified to run FIFA when he could not even remember to pick up his paycheck.

But if not Mr. Platini, then who? Few people on FIFA’s executive committee seem fit to take over.

With Mr. Blatter teetering and Mr. Valcke gone, the person next in command is Issa Hayatou of Cameroon, a longtime African power broker with a checkered ethical past. In 2011, the International Olympic Committee reprimanded Mr. Hayatou for receiving money from a sports company that had controlled the television rights for the World Cup. Jacques Rogge, the I.O.C. president at the time, likened it to giving him a yellow card. More recently, Mr. Hayatou was accused of taking a seven-figure bribe to support Qatar’s bid to host the 2022 World Cup.

So you move down the list. The next name on the executive committee roster is Ángel María Villar of Spain, another FIFA vice president. He is the guy who led a bid team that the former FIFA ethics investigator Michael J. Garcia called “particularly uncooperative” in a World Cup investigation — when he wasn’t reported to be trying to shut the inquiry down altogether.

Keep running your finger down the list, and you get to Marco Polo Del Nero of Brazil. There is a reason you have not seen him for a while. Mr. Del Nero skipped out of Zurich after the May arrests and has not left Brazil since. It might be hard for him to run FIFA from behind a locked door in South America.

Nor has Mr. Blatter traveled much since then. In the past, he circled the globe like a modern-day Magellan, popping up in city after city to glad-hand soccer officials, pose for photos and hand out development grants.

But Mr. Blatter declined to attend the under-20 World Cup in New Zealand in June. He was nowhere to be found at the Women’s World Cup this summer, either. Then he arranged to move the FIFA executive committee meeting that had been scheduled for Japan in December back to the relative safety of Zurich. If he clings to power long enough to oversee it, the election to replace him in February will also take place in Zurich.

Yet Mr. Blatter, defiant and stubborn, will not let go of the wheel. Recently, he has even hinted that he might try to extend his term as president. That single suggestion is a very telling detail about a man who has long thought that he could do no wrong.

Even rats are smart enough to abandon a sinking ship.