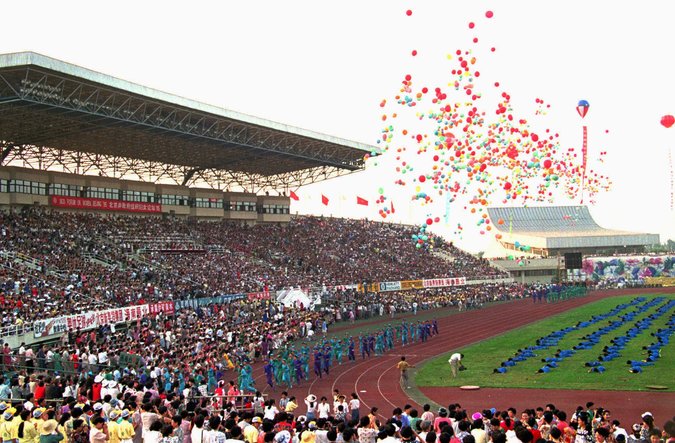 The opening ceremony for a groundbreaking conference on women’s rights in 1995 in Beijing. On its 20th anniversary, a summit meeting is planned in New York.Credit Greg Baker/Associated Press

UNITED NATIONS — After the South China Sea and cyberspace, the rivalry between the United States and China has found a new front: women’s rights.

On Sunday, President Xi Jinping of China is hosting, along with the United Nations, a summit meeting to recognize the 20th anniversary of a landmark women’s rights conference in Beijing — never mind, as critics point out, that China imprisoned five prominent feminist activists this year.

Some 74 presidents and prime ministers are scheduled to attend the meeting, including Chancellor Angela Merkel of Germany and Prime Minister Shinzo Abe of Japan.

President Obama will not be among them.

Instead, his ambassador to the United Nations, Samantha Power, will be leading the American delegation. But at the same time, Ms. Power is using the occasion to highlight a campaign to shame China and several other countries for jailing female leaders.

The American campaign, which bears the hashtag #Freethe20, takes up the cause of 20 imprisoned activists abroad, and it comes after an unsuccessful lobbying campaign to include activists among the speakers at the summit meeting. While women’s rights activists welcome the White House’s commitment to gender equality, they note that the United States has also lagged on women’s issues and has not ratified the leading global treaty on the rights of women and girls. The campaign has involved plastering the facade of the American mission with an enormous poster that bears portraits of women who are political prisoners and is visible to the leaders entering the United Nations building across the street. Three of the 20 are from China.

The tensions over the summit meeting coincided with a state visit by Mr. Xi to Washington last week and the announcements of bilateral agreements on cybercrime and climate change.

The parallel tracks illustrate what Xenia Wickett, who directs the United States program at Chatham House, an international affairs institute, calls a “textured relationship” between China and the United States, with cooperation on areas of mutual interest, like climate change, but discord on issues like human rights.

To both presidents, the women’s summit meeting is important for domestic political reasons, she said. For Mr. Xi, the meeting is a chance to show an audience back home that China is a leader on the world stage, even if it does not convince the world that China has overnight become a champion of women’s rights.

For Mr. Obama, Ms. Wickett said, attending the gathering would be politically costly. “America is in campaign mode. It’s bash China time,” she said. “President Obama would be condemned for attending an event like that, particularly in the political environment we have today.”

Instead, Ms. Power’s campaign has gained backing in Congress, with a supportive resolution sponsored by Senator Kelly Ayotte, Republican of New Hampshire.

Musimbi Kanyoro, president of the Global Fund for Women, said she was disappointed that Mr. Obama would not be at the meeting.

“I would have liked him to be there,” she said. “His voice in regard to women, which has been good, would influence the discussion at that table.”

Ms. Kanyoro said she hoped that the United States would “invest heavily” in a shared agenda to promote gender equality at all levels. She expressed the same wish of China, saying she was not troubled by its prominence at the summit meeting. 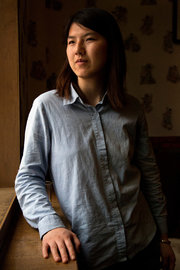 Li Tingting, a Chinese activist, in Beijing in April. Ms. Li and four other feminist leaders were imprisoned in China this year.Credit Mark Schiefelbein/Associated Press

“China is a player at the table. China needs to take some responsibility through financing and to use part of its own growing influence in the world to pay attention to women,” she said. “We will have an opportunity to hold China more responsible for human rights and women’s rights.”

The conference, the Global Leaders’ Meeting on Gender Equality and Women’s Empowerment or, informally, Beijing+20, is organized by U.N. Women, a small United Nations agency dedicated to gender equity.

Its goal, said Phumzile Mlambo-Ngcuka of South Africa, the executive director of U.N. Women, is to use the anniversary of the Beijing conference on women’s rights to push the leaders of countries to make specific pledges, including enforcing laws against violence toward women, making affordable child care available and abolishing child marriage. Ms. Mlambo-Ngcuka credited the United States for taking an active interest in child marriage in its foreign policy agenda.

Mr. Xi will serve as the chairman for the first part of the meeting, while the leaders of Mexico, Denmark and Kenya — hosts of previous world conferences on women — will lead the later portions.

Asked about China’s cosponsorship, Ms. Mlambo-Ngcuka said it had helped persuade many more leaders to come to the summit meeting than she could have persuaded herself. “For us, the attraction was the number of hard-to-reach countries,” she said in an interview. “We wanted to extract some commitments.”

Diplomats said American officials had tried to persuade U.N. Women to sponsor a separate conference to highlight the plight of activists who are detained, or to let them speak at the summit meeting. The United Nations declined, saying the summit meeting was aimed at getting firm commitments from national leaders. (The philanthropist Melinda Gates is one of only a few speakers who are not heads of state or government.)

In announcing the campaign in Washington last month, Ms. Power said the plight of one detained woman would be highlighted each day before the meeting. The first prisoner she discussed at the news conference in Washington was a human rights lawyer from China, Wang Yu.

“Today, we are here to launch a campaign to recognize 20 of those women — women who should be advocating for women’s empowerment and part of the discussions around the conference in New York in three weeks, rather than being behind bars. We are calling them the Beijing+20 twenty,” Ms. Power said in her opening remarks.

Once the Haunt of American Presidents, Chinese Leaders Stay at Waldorf Astoria

Asked how the women were selected, she called it “more art than science” and said no country was unfairly represented. “The specific inclusion of several from one country is no specific sign of anything, nor is the exclusion from another,” she said. “You’ll see a pretty diverse range of governments represented here.”

One of the selections is a composite of women imprisoned in North Korea. Two have been released since the campaign began.

Women’s rights advocates point out that neither the United States nor China has a spotless record on women’s rights.

A World Bank study this month said the United States was one of four countries around the world with no national laws requiring paid parental leave. The United States has also not met the global target for having women make up at least 30 percent of its legislature, and its share of roughly 19 percent is significantly lower than that of many countries in the world. U.N. Women has also come under pressure to highlight China’s record on women. Human Rights Watch has urged Ms. Mlambo-Ngcuka to invite an independent Chinese activist to the summit meeting.

And in an open letter to the United Nations, the five feminists who were detained by Chinese authorities but were later released on bail — Wei Tingting, Zheng Churan, Wu Rongrong, Li Tingting, and Wang Man — said they still faced “restrictions in terms of work, life, and freedom of action.”

They called for the case against them to be dropped; they said the case had hurt the women’s rights cause at the grass-roots level in China.

Twenty years after “the 4th World Women’s Conference in Beijing, this has been an unexpected and distressful retrogression,” the letter from the activists said.

Ms. Mlambo-Ngcuka said that human rights would be raised with Chinese leaders separately.

The Chinese government has consistently rebuffed public pressure from abroad. With growing calls for the release of the five feminists, China’s Foreign Ministry in March defiantly told critics to “stop interfering in China’s judicial sovereignty.” And at a news conference in Washington on Friday, Mr. Xi responded to Mr. Obama’s criticism of the country’s crackdown on nongovernmental organizations by saying, “We must recognize that countries have different historical processes and realities, that we need to respect people of all countries in the right to choose their own development independently.”

Yasmeen Hassan, executive director of Equality Now, which campaigns for laws that ensure equal rights for men and women, said she hoped the summit meeting would push world leaders to commit to concrete steps, such as repealing laws that discriminate based on sex.

“We hope that on Sunday, governments around the world — including the United States, that played a critical role at Beijing with Hillary Clinton’s famous statement ‘women’s rights are human rights’ — will leave political differences aside,” Ms. Hassan said, “and be able to come together under a common platform that is focused on women and girls.”

Correction: September 26, 2015
An earlier version of this article misstated the title of Kelly Ayotte, Republican of New Hampshire. She is a senator, not a representative.