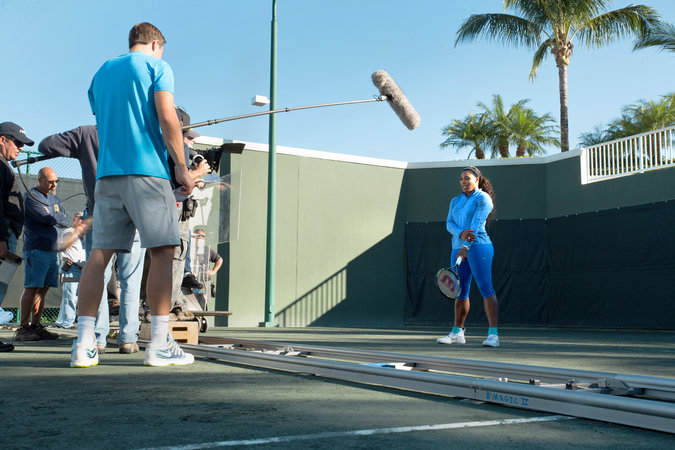 Three years ago, David Rogier, a Silicon Valley entrepreneur with not much of a track record, had two things going for him: an idea for a start-up, and a friendship with Dustin Hoffman’s daughter.

Los Angeles, where he was born and raised, has long been a place where everyone, from the slackers of Venice Beach to the doctors of Beverly Hills, has some kind of cockeyed scheme, usually involving celebrities, promising big rewards for those taking part. Few, though, come to fruition.

Mr. Rogier’s idea was this: a series of online courses taught by people who are the best in the world at what they do. How about an acting class taught by Mr. Hoffman or Kevin Spacey? Want to finally write that novel? Perhaps you would like to study with James Patterson, who has sold upward of 300 million books. If tennis is your thing, here’s Serena Williams, who will share with you the secret of her cunning forehand.

The tennis star discusses pronation in a clip from a new online learning platform.

With the help of his business partner, Aaron Rasmussen, Mr. Rogier appears to have pulled it off. After months of meetings, during which he displayed an easy charm despite a noticeable stutter, he has a roster that includes the people named above as well as the Grammy winners Usher and Christina Aguilera, the former National Basketball Association star Hakeem Olajuwon, the photographer Annie Leibovitz and the filmmaker Werner Herzog.

“I have something to offer and, selfishly, I get to say I’ve become a teacher,” said Usher, explaining why he decided to take part in the enterprise.

The online classes are available for $90 a pop. More than 30,000 people have signed up for the program, called MasterClass, since it debuted in May, according to Mr. Rogier. It is fueled by the more than $5 million raised from, among others, Robert Downey Jr. and Shari Redstone, the daughter of the entertainment mogul Sumner Redstone.

Mr. Rogier understood early on that the people he was courting had to feel good about what they were getting into, not exploited for their names alone. And it wouldn’t hurt if they got a little something on the back end if their classes were a hit. 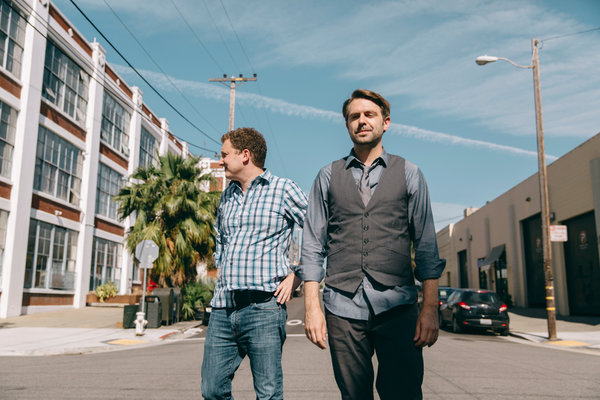 “They literally put money on the table,” Mr. Patterson said, “and that is what made it real.”

Other instructors said the appeal was more visceral. Mr. Hoffman recalled an evening at his home in the late 1970s when the English actor Sir Laurence Olivier regaled him with tales of his youth on the London stage. “Those stories are lost forever,” Mr. Hoffman said. He saw in MasterClass a chance to create a permanent record of what he has learned.

Mr. Rogier, 32, graduated in 2001 from the Crossroads School for Arts & Sciences in Santa Monica, Calif., which counts among its alumni Gwyneth Paltrow and Zooey Deschanel. He said he eschewed the celebrity clique and focused on scholarly pursuits, and he built a search engine at age 13. He went on to graduate with an M.B.A. from Stanford in 2011.

At MasterClass, which is based in San Francisco, he divvies up the duties with Mr. Rasmussen. “I’m the cold-caller,” Mr. Rogier said. “I learned at an early age I wasn’t afraid of the no.”

Mr. Rasmussen, 31, grew up in rural Oregon, where he created his first video game at age 7. A science fiction fan and video whiz, he built a robotic sentry gun in his dorm room at Boston University that shot pellets at intruders if they moved. After a video of his invention surfaced online, Mr. Rasmussen said the Army’s special weapons research department wanted to hire him. He graduated in 2005 with degrees in advertising and computer science.

The author discusses the story in a clip from a new online learning platform.

A friend introduced Mr. Rogier and Mr. Rasmussen in 2009. People who know them say their outsider status allowed MasterClass to get off the ground. “If they were part of the Hollywood system, they would have to follow the rules,” said Bob Myman, an entertainment lawyer and company adviser. “They would sit around in offices waiting for people to take them seriously.”

In 2012, Michael Dearing, a venture capitalist and Mr. Rogier’s former boss, gave the entrepreneur some money to strike out on his own. When Mr. Rogier landed on the idea for MasterClass, he asked almost all the people he knew to introduce him to their Hollywood friends.

In spring 2013, Jay Roach, the director of the “Austin Powers” and the “Meet the Parents” franchises, met Mr. Rogier at a Le Pain Quotidien in Brentwood. Mr. Rogier explained that he had identified potential instructors using methods he had learned as an intern at IDEO, the design and research firm. Did Mr. Roach know anyone who might agree to direct a class?

The director was wary. “You are reluctant to get too involved until someone is attached,” Mr. Roach said, noting the “someone” is usually a known actor. Still, he told Mr. Rogier to feel free to use his name if it would help open doors.

Weeks later, Mr. Rogier had dinner with a friend from his Crossroads days, Becky Hoffman. Soon afterward, he was taking a meeting with her father.

His pitch was appealing; Mr. Hoffman could share lessons from his career, much as Sir Laurence had with him decades earlier. “It was never presented as a money thing,” Mr. Hoffman said. “Even my agent said, ‘Are you getting paid for this?’ ”

Mr. Roach offered to direct the course taught by Mr. Hoffman, whom he had already directed in the “Fockers” movies. The idea was turning into something real.

The actor shares life lessons in a clip from a new online learning platform.

That month, Mr. Rogier met with Steve Levin, who along with Mr. Downey and the actor’s wife, Susan, founded Downey Ventures, an investor in digital start-ups. Mr. Levin told Mr. Rogier, “If you can’t lock in the talent, you are dead in the water.”

With each new star onboard, Mr. Rogier was able to get another, easing the money flow. “In an era where celebrities want equity and cash, everyone is counting everyone’s money,” said Ken Hertz, an entertainment lawyer who advises MasterClass.

Mr. Rogier decided the instructors would be treated roughly the same. They would not be granted final video approval rights, he said, but they would share in the revenue from classes sold. And they would receive an advance (Mr. Rogier declined to say how much), but the bulk of their pay would come based on the number of classes sold.

In early 2014, Mr. Rogier was walking along the Third Street Promenade in Santa Monica when his cellphone buzzed. For more than a month, he had been trying to land Mr. Patterson, the author Vanity Fair has called “the Henry Ford of books.” And now someone identifying himself as “Jim Patterson” was on the phone.

Mr. Patterson inquired if MasterClass was real. Mr. Rogier assured him it was, and soon after that he signed Ms. Leibovitz, Ms. Williams and Ms. Aguilera.

“Hi, I’m Stephen King,” Mr. Patterson said into the camera during the introduction to his 22-chapter MasterClass. “Well, actually I’m not Stephen King.”

Mr. Patterson was making a point: Your first sentence must be an attention grabber.

MasterClass courses are recorded and posted on its website. Mr. Rasmussen oversees the shooting and editing. “They grilled me pretty well before filming,” Mr. Patterson said.

The course length varies. Mr. Hoffman’s is five hours long, while Ms. Williams’s is two. All classes include “office hours,” which allow some instructors to interact with students over Skype. Other times students submit assignments in advance. In one such case, Mr. Patterson considered a student’s attempt at a story’s first line.

“ ‘It was a heavy weakness that morning,’ ” Mr. Paterson said, reading aloud. “No.” He laughed. “I don’t even know what you are talking about.”

Ms. Williams was filmed on a tennis court in Palm Beach Gardens, Fla., and Mr. Rogier gave her a bouquet of white roses, her favorite, on the last day of filming.

Mr. Hoffman was filmed at a studio in Los Angeles, where he critiqued actors rehearsing a scene from the movie “Jerry Maguire.” He was uncomfortable speaking directly to the camera, he said, so Mr. Rasmussen rigged up a one-way mirror that allowed him to address Mr. Roach instead.

Along the way, the entrepreneurs got an education. When Mr. Rasmussen showed Mr. Hoffman a first cut of his MasterClass, the Oscar winner said eight minutes had to be trimmed from the rehearsal segment. “In so-called directing or teaching, you can see a progression,” Mr. Hoffman said. “But here you don’t see a progression, because it takes so long to get there. It’s boring.”

Mr. Rasmussen wanted to keep the footage. But then he reconsidered.