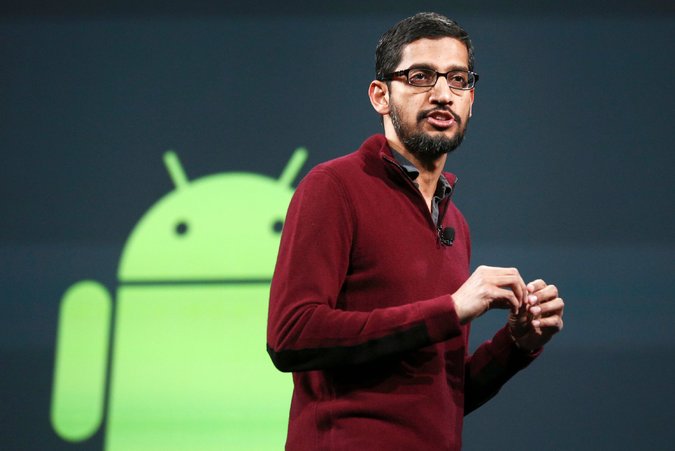 SAN FRANCISCO — Google’s regulatory problems have stretched across the globe. Now, they are coming back home.

The Federal Trade Commission has started investigating complaints that Google unfairly uses its Android mobile operating system to bolster popular products like Google Search and Google Maps, according to two people involved in the inquiry.

These people, who spoke on the condition of anonymity, said the investigation was in a preliminary stage, meaning it could ultimately go nowhere. Still, it is the latest in a growing number of antitrust problems facing the Internet giant.

Android might seem like a strange target for an antitrust inquiry in the United States. Google does not directly profit from the mobile operating software, which is installed on the vast majority of smartphones not made by Apple. And while Android is used on the majority of smartphones in the country, around 52 percent, Apple — the world’s most valuable company — still has close to half the market while commanding most of the attention and almost all of the industry’s profits.

The inquiry is not really just about Android, however. Instead, regulators are looking at whether Google unfairly uses the software to promote its other dominant services, the people involved in the inquiry said.

Unlike Apple’s iOS — which Apple maintains and tightly controls — Android is an “open” system that Google gives away. Smartphone makers like Samsung and Motorola are free to package Android with their own apps and services, but there’s a catch: If they want to include any Google services, they have to take a bundle that includes the Google search engine, Gmail and Google Maps, which comes installed on the phone.

In recent months, a number of mobile application makers have complained to the Justice Department that this requirement — the “home-screen advantage” — makes it all but impossible for them to compete in a world where people are spending less time on desktop computers and more time on mobile phones.

Since then, the F.T.C. has worked out an agreement with the Justice Department to investigate the claims, the people involved in the inquiry said. The inquiry was first reported by Bloomberg News.

Google’s search engine makes tens of billions of dollars in advertising revenue annually and has outsize power to influence what people see online — competitors complain regularly. But in the recent Android case, Google’s opponents made a strategic decision by going to the Justice Department first.

Both the Justice Department and the F.T.C. can open antitrust investigations, and they have gone back and forth on a number of Google inquiries.

Still, in 2013, Internet companies including Microsoft and Yelp were incensed when the F.T.C. — after a long investigation into whether Google used its search engine to unfairly favor its own products — unanimously voted not to bring antitrust charges. At the time, critics complained that the F.T.C. investigated the wrong things and that its decision not to bring a case rested heavily on Google’s own logic.

Those cries grew louder this year when the F.T.C. inadvertently sent The Wall Street Journal part of a 2012 report from its agency of competition. In the report, staff members said the F.T.C. should sue Google for some of its anticompetitive practices and raised concerns about how the company ranked competitors in its search engine.

A spokesman for the Justice Department declined to comment for this article.

The resulting inquiry is in a fact-finding stage, and the F.T.C. has yet to contact Google, according to the people involved in the inquiry. However, the F.T.C. agreement with the Justice Department suggests that the inquiry has accelerated and that the F.T.C. is at least willing to dedicate staff members to the issue.

“We welcome an investigation,” said Matt Reilly, legal counsel at FairSearch, a group of several Google competitors, including Microsoft. FairSearch has initiated antitrust cases against Google in the United States and in Europe. “Once they dig into the evidence, we expect it will be clear that Google’s Android practices harm innovation and consumer choice.”

Even if the F.T.C. comes away unconvinced that the Android complaints amount to anything, Google and the operating system are still in for a long run of regulatory headaches.

This year, antitrust officials in Europe opened an investigation into whether the company unfairly used Android to favor its own services, like digital maps, to the detriment of rivals’ products. Russia’s competition authority ruled this month that Google’s practices linked to Android had unfairly restricted competition.

Google’s antitrust problems across Europe associated with Android are in addition to charges from the European Commission, the European Union’s executive arm, that Google unfairly favored some of its search products over those of rivals.

At this point, investors have made peace with Google’s long-running battles with regulators. Any concerns investors have about fines and the like are considered to be reflected in the stock price. What investors do worry about, however, is how Google will find new avenues to grow when there is so much scrutiny on each path it takes.

“Google is in a lot of ways fighting with one arm tied behind their back,” said Benjamin Schachter, an analyst with Macquarie Securities. “There are so many things they can’t do that other companies don’t have to worry about. For instance, it’s very difficult for Google to buy almost anyone.”

Correction: September 25, 2015
Because of an editing error, an earlier version of this article misspelled the name of a spokesman for the Federal Trade Commission. He is Justin Cole, not Justine Cole.