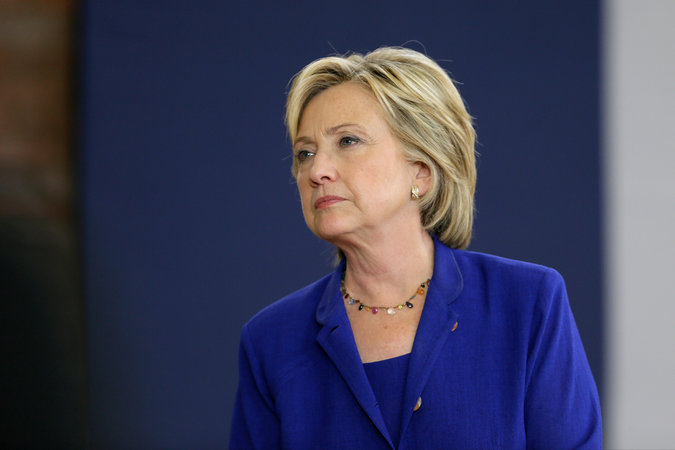 The F.B.I. is investigating whether an aide improperly sent email on the unrest in Libya to Hillary Rodham Clinton in April 2011.Credit Charlie Neibergall/Associated Press

WASHINGTON — The email described a deteriorating situation in Libya, with snipers shooting people in the streets as rebels tried to unseat President Muammar el-Qaddafi and worried American diplomats in the midst of a “phased checkout” from Benghazi. It arrived in the private email account of Secretary of State Hillary Rodham Clinton, one Sunday morning in April 2011, with unforeseen consequences.

That email, which included an update from the Africa Command of the Department of Defense detailing Libyan military movements, is part of the evidence that law enforcement officials say the F.B.I. is now examining as it tries to determine whether aides to Mrs. Clinton mishandled delicate national security information when they communicated with their boss.

The Libyan dispatch, written by an aide to Mrs. Clinton and then forwarded to her by Huma Abedin, one of her top advisers, should have been considered classified, according to intelligence officials. And, they say, other emails to Mrs. Clinton they have found, including one addressing North Korea’s nuclear weapons system and a third discussing United States drone strikes in Pakistan, should have been marked “Top Secret.”

Document: An Email on Libya Sent to Hillary Clinton

There is no evidence that any of the emails — a small portion of some 60,000 that Mrs. Clinton sent or received as secretary of state — were hacked or caused any harm to American interests, and law enforcement officials have said she is not a target of their investigation. But one of the questions they are seeking to answer is whether her aides or other State Department officials broke federal rules or laws when they sent her information. And arriving at an answer will not be simple, given the complex and often conflicting views of just how diplomatically fragile the information conveyed in the emails actually was.

Nick Merrill, a spokesman for Mrs. Clinton’s presidential campaign, disputed any suggestion that her staff mishandled her emails.

“She and her team took the handling of classified information very seriously, and at home and abroad she communicated with others via secure phone, cable, and in meetings in secure settings,” he said in a statement.

Of the emails now being scrutinized by the F.B.I., the most is known about the one sent to Mrs. Clinton in April 2011 about the worsening condition in Libya.

Its author was Timmy T. Davis, a State Department official who was then a personal aide to Mrs. Clinton. He was reporting to her information that had been received from J. Christopher Stevens, the American ambassador to Libya, who was killed 17 months later in Benghazi.

“Stevens Update (important),” says the subject line, before continuing, that “Stevens is considering departure from Benghazi. The envoy’s delegation is currently doing a phased checkout (paying hotel bills, moving some comms to the boat, etc).”

Hillary Rodham Clinton, the Democratic presidential candidate, said in two interviews that she was sorry for using two email addresses and a private server while she was secretary of state.

The email, a copy of which was recently posted online by the State Department, also included an update from the United States Africa Command that indicated that Mr. Qaddafi’s forces had been sent to a city south of Benghazi, “with five vehicles at the eastern gate and 50 at the western gate,” information that in retrospect, intelligence officials said, should have been considered classified.

Even if Mrs. Clinton’s aides simply summarized classified material provided to them by others — as opposed to forwarding her a classified document — they may have violated federal laws that govern how intelligence information is handled, experts in government classification laws said.

But Mr. Merrill pointed out that the movements by Mr. Qaddafi’s forces had been reported by newspapers before the email was ever sent. And, he said, the email that Mr. Davis sent to Ms. Abedin and other top aides to Mrs. Clinton said at the top “SBU,” an abbreviation for “sensitive but unclassified.”

Ms. Abedin then forwarded it to Mrs. Clinton. While Ms. Abedin would have no clear reason to presume this information was classified, Mr. Davis could be found at fault for distributing the information in an unclassified setting. Mr. Davis, who is still at the State Department, did not respond to a request for comment.

Another email the F.B.I. is looking at, according to officials who have been briefed on its content, addresses issues related to North Korea’s nuclear weapons program, and intelligence officials have said it should have been classified as “Top Secret.”

The intelligence officials said that State Department officials could have obtained information in the email only from a satellite surveillance program called Talent Keyhole. But the State Department has challenged that classification, saying it could have obtained the same information from public or nonclassified sources, an assessment that some experts say could be valid.

“There is a lot of information publicly available that people inside the intelligence community or the government might not be aware of,” said Joel S. Wit, a former State Department official who specialized in North Korea issues and now serves as a senior fellow at the U.S.-Korea Institute at Johns Hopkins School of Advanced International Studies. “So there are gray areas here. I don’t know if this particular email falls in that gray area.”

A third email under scrutiny included a copy of a New York Times article about the C.I.A.’s lethal drone program, which is classified. In the email, State Department officials complain about aspects of the article. Intelligence officials say that the comments about the article should also have made the correspondence “Top Secret.” As the F.B.I. moves forward with its investigation, it will be examining all of Mrs. Clinton’s emails to determine whether any others had sensitive information on them and if those materials were inappropriately passed to her.

That task could take a significant amount of time. The bureau has copies of the roughly 30,000 emails Mrs. Clinton gave to the State Department last year that she said were government records. And it was revealed this week that the bureau had been able to recover some of the personal emails she deleted. Republicans on Capitol Hill are trying to seize on the recovery of Mrs. Clinton’s personal emails to open a new front in their inquiries into her personal email account.

Senator Ron Johnson, Republican of Wisconsin and the chairman of the Homeland Security and Governmental Operations Committee, has called on the F.B.I. to turn over any of these recovered emails to the State Department or some other third party so they can be reviewed to determine if any should have been retained as government records.

“If the FBI has recovered all of her emails, they must be reviewed promptly by the appropriate authorities to determine what is official and what is not, and whether they contain classified material, so that any national security concerns can be mitigated,” Mr. Johnson said in a statement Wednesday.

The existence of the personal emails, and the possibility that they could be made public, poses potential risks for Mrs. Clinton as the presidential campaign intensifies.

“This will enable people to second-guess the delineation she drew between personal and official records and also to zero in on any troubling content of the emails that she called personal,” said Daniel J. Metcalfe, who served for 26 years as the head of the Justice Department division that supervised government records and privacy issues.

But it remains unclear if the F.B.I. will agree to turn over any emails it has recovered, at least until any investigation it is conducting is complete. Yet it also may be ordered to do so by a federal judge who is already handling a case filed by a conservative group, Judicial Watch, trying to obtain copies of the emails.

Even if such a review found that Mrs. Clinton had wrongly tried to dispose of what should have been considered government records — a conclusion that could be embarrassing and have political consequences for her — Mr. Metcalfe said there is no formal penalty if the individual involved has left the government.