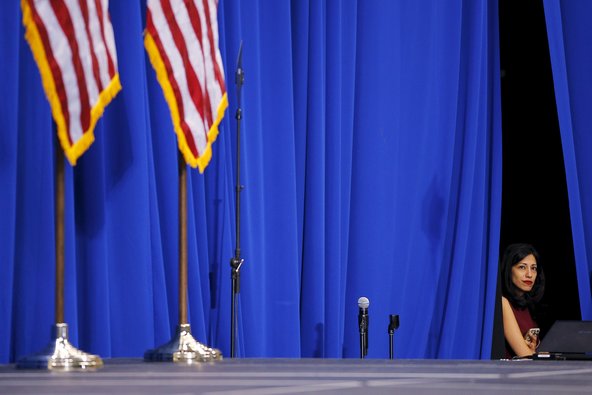 Hillary Rodham Clinton was directly involved in arranging a new government position for a top aide that allowed the aide to begin working for a private consulting firm while remaining at the State Department, according to documents released on Thursday.

The documents, released by Judicial Watch, a conservative watchdog group, show that Mrs. Clinton personally signed forms establishing a new title and position for the aide, Huma Abedin, in March 2012. The forms were part of a broader process in which Ms. Abedin, then Mrs. Clinton’s deputy chief of staff, was transitioning to a role as a “special government employee,” which allowed her to collect salaries from the State Department, the Clinton Foundation and the private firm, Teneo, which was co-founded by a former aide to President Clinton.

Ms. Abedin’s multiple roles have come under scrutiny from the Senate Judiciary Committee and its chairman, Senator Charles Grassley of Iowa. Mr. Grassley is reviewing potential conflicts of interests between Mrs. Clinton and Teneo clients, who included a wide roster of companies and prominent business executives, some of them also donors to the Clinton Foundation.

A spokesman for Mrs. Clinton declined to comment on the newly released document. Mrs. Clinton’s aides have defended the arrangement as appropriate and within State Department rules, but have declined to describe what role Mrs. Clinton may have played in authorizing or signing off on Ms. Abedin’s outside work.

In an interview earlier this month, after the Republican presidential candidate Donald J. Trump attacked Mrs. Abedin, NBC’s Andrea Mitchell asked Mrs. Clinton whether it was fair to question Mrs. Abedin’s taking a salary from both the State Department and Teneo.

“Do you think he had a point in raising the question of whether it was appropriate for her to be taking a State Department salary and also be paid by an outside company closely associated with your husband and by you?” Ms. Mitchell asked.

“Well, you know, I was not directly involved in that,” Mrs. Clinton replied. “But everything that she did was approved, under the rules, as they existed, by the State Department.”